Guy Klucevsek: Polka from the Fringe 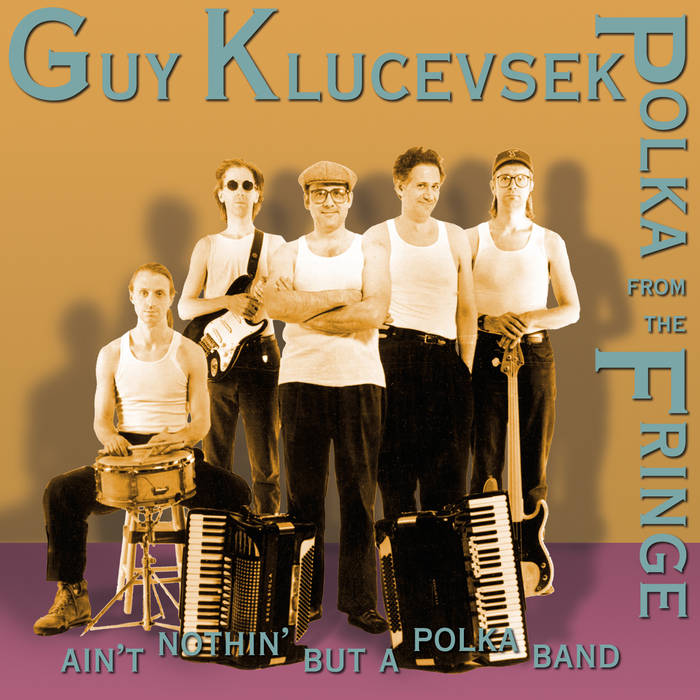 “Sheer loveliness [to] relentless experimentalism [to] out and out zaniness.”
– New Music Box

A major project from leading new music accordionist Guy Klucevsek, out-of-print for nearly two decades, has been re-released by Starkland in its most comprehensive edition yet. For his original “Polka From the Fringe” undertaking, Klucevsek commissioned over two-dozen two-steps, resulting in highly diverse music from a wide variety of composers.

“The omnipresent oompah that makes a polka a polka was displayed, stretched, bent, twisted, mocked, abstracted and exalted at the Brooklyn Academy of Music. The occasion was Polka From the Fringe.”
– New York Times

The original two CDs landed on the “Best Recordings of the Year” list by John Schaefer on his New Sounds program.

Starkland’s other Klucevsek CDs have received impressive kudos. “Transylvanian Softwear” was awarded a “Recording of Special Merit” from Stereo Review. “Free Range Accordion” was deemed “a funny, rich, and meaningful expression of this great American squeezeboxer's brilliance” (Santa Barbara Independent). ”Teetering on the Verge of Normalcy” is “wonderful” (Brooklyn Rail) with “music that is nicely accessible but nonetheless extraordinary” (Gapplegate Music Review).

The digital version includes a specially created, bonus 29-page digital booklet, which includes all the content found in the physical CD.

Guy Klucevsek is one of the world’s most versatile and highly-respected accordionists. “A master of experimental accordion music” (Keyboard), this “rebel with an accordion ... combines poker-faced wit and imagination with command of his instrument, forcing you to re-think the accordion’s limitations” (Downbeat). He has played with an illustrious variety of pre-eminent composers and musicians, including Laurie Anderson, Tom Waits, Natalie Merchant, John Zorn, Pauline Oliveros, Bill Frisell, Dave Douglas, Kronos Quartet, Brave Combo, and Alan Bern. Klucevsek has also appeared on Mr. Rogers’ Neighborhood and accompanied soprano Renée Fleming at the memorial service for Senator John McCain. He has received the distinguished United States Artists Collins Fellowship, an unrestricted $50,000 award given to “the most compelling artists working and living in the United States.”