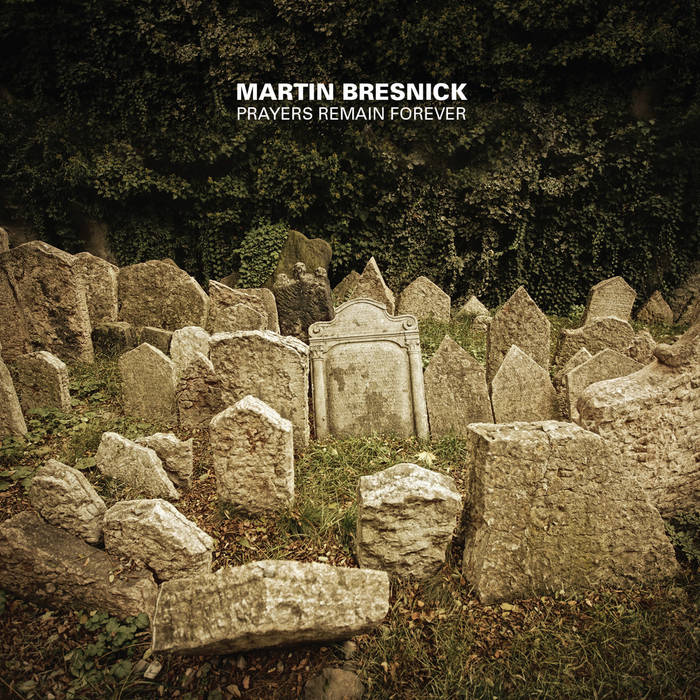 An "exciting recording [that] should be a revelation to those who don’t know his work."
– New York Times

"Each of this disc's works...speak eloquently and powerfully...Highly recommended."
– Gramophone

This CD presents the premiere studio recordings of six chamber works by Martin Bresnick performed by leading new music performers Lisa Moore, “New York’s queen of avant-garde piano” (The New Yorker), and cellist Ashley Bathgate, praised for her “rich tone, fluid dynamics and imaginative phrasing” (The New York Times); both have been members of the Bang on a Can All-Stars.

The powerful title work is inspired by a poem by the Israeli Yehuda Amichai. Lucid Culture described a concert performance by Moore and Bathgate where “a sense of longing became anguish and then descended to a brooding, defeated atmosphere.”

The smoothly flowing Ishi's Song for piano was inspired by Ishi, the last survivor of the Yahi Indians, who were decimated at the end of the 19th century. The opening melody of the piece was taken from a recording of Ishi, the last native speaker of the Yahi-Yana language, singing what he called “The Maidu Doctor's Song.”

The haunting, motoric A Message From the Emperor, for two speaking percussionists, is based on an eponymous Kafka parable, in which a glorious being sends an important message, just for you, which can never be delivered. Bresnick remarks that we have lived on our planet for many years, waiting for a message that finally reveals the reason for our mortality and the sorrow and suffering that is our common fate.

The album also offers the attractively delicate Josephine The Singer for violin, also based on a Kafka story, and the wistful Strange Devotion for piano, inspired by an enigmatic etching in Francisco de Goya’s great Disasters of War sequence.

Lang notes the CD’s works explore the equilibrium “between the living and the dead, the mortal and the immortal, the forgotten and the unforgettable … The piece that exemplifies this most powerfully is Going Home – Vysoke, My Jerusalem. It was written in the aftermath of a journey Bresnick took to the small Russian-Polish town where his mother was born.”

“Martin Bresnick is one of the great pragmatists in contemporary music, a composer who will use any sound as long as it speaks vividly and makes narrative sense.”
- Alex Ross, The New Yorker

Bresnick’s music has been performed by the Chicago Symphony, San Francisco Symphony, St. Paul Chamber Orchestra, The Chamber Music Society of Lincoln Center, Da Capo Chamber Players, and the Bang on A Can All Stars. He has received commissions from the Koussevitzky Foundation, Meet-the- Composer, National Endowment for the Arts, Fromm Foundation, and Chamber Music America. His many prizes include: Fulbright Fellowship, Rome Prize Fellowship, MacDowell Colony Fellowship, American Academy In Rome Composer-in Residence, Berlin Prize Fellow, and a Guggenheim Fellowship. Presently Professor of Composition and Coordinator of the Composition Department at the Yale School of Music, Bresnick is widely recognized as an influential teacher of composition.