Paul Dolden: Who Has the Biggest Sound? 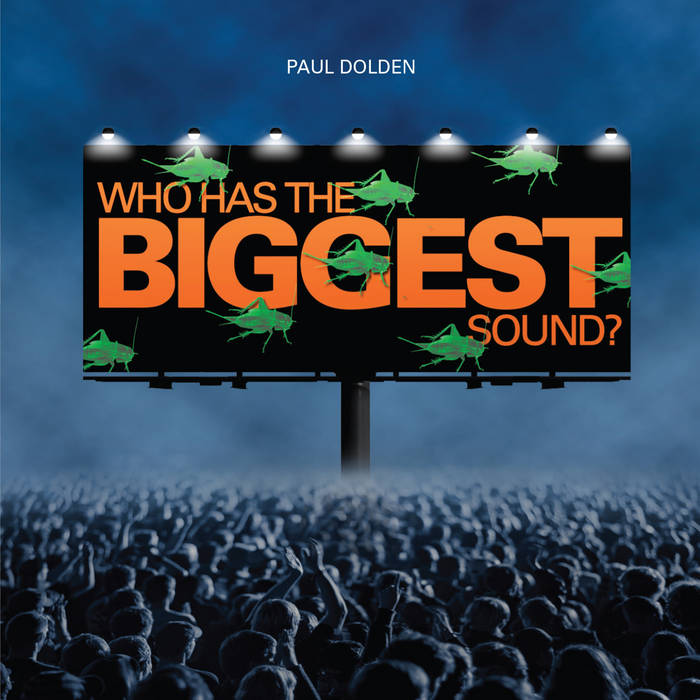 Stephen Weigel An absolute masterpiece bursting at the seams with compelling detail, rich textures, and real, raw emotional power. It's hard to believe that intense music-makers such as Paul Dolden (insanely ahead of their time) truly exist. Your musical diet is woefully incomplete if you haven't listened to this album. Staggering sonic achievement

“Who Has the Biggest Sound? [offers] an incredible amount of information very well organized and reproduced … The Un-Tempered Orchestra [grows] more beautiful within its murky dissonances with each listen.”
– The Wire

“A fascinating and intriguing release [with] the high sonic standards by which Starkland is known … Highly recommended.”
– New Music Buff

Paul Dolden’s Who Has the Biggest Sound? CD premiered two major works that feature the surreal blending of up to 400 layered studio tracks. Recordings from this Canadian composer are rare, as it takes an extraordinary amount of time to build up his richly dense pieces.

To create the title work, Dolden logged over 6,000 hours in the studio. This massive accretion features tongue-in-cheek questions such as: Who Can Play the Fastest? Who Has the Biggest Noise? Who Has the Nicest Melodies? Beyond these queries, however, Dolden develops some highly refined, imaginative, cultural-geographic intersections, such as linking howling dogs with country music and crickets with Spain’s flamenco. We also hear the Tremolo Trailblazers perform “The Saddle Song,” as well as a Tonic Tango.

Noting the composer is “an unparalleled master of digital studio techniques,” Lawrence Joseph remarks that this work “displays Dolden’s talent for mixes that are dense yet retain transparency. His unique gift is the ability to imagine and then painstakingly realize orchestrations where the sum is not only greater than the parts, but the results are completely unpredictable from the parts.”

In The Un-Tempered Orchestra, a juxtaposition to Bach’s The Well-Tempered Clavier, Dolden uses simple diatonic melodies and chord progressions recorded by Eastern and Western musicians in their native tunings, then retuned and edited together into an asymmetrically tuned whole. At one point, for example, jazz-like solos are retuned into ancient Greek, Babylonian, and Chinese tuning systems.

While Dolden stresses that all original material is purely acoustic, elements may sound electronic because of his complex layering, such as a section consisting of 10 dilrubas (an Indian violin), 4 western violins, and 7 Irish folk flutes, which slowly crossfades into 10 suonas (an oboe-like Chinese instrument), 4 western oboes, and 7 neys (Middle Eastern flute), all of which may be digitally retuned.

"A leading figure in sound art" (All Music Guide), Paul Dolden began by extensively exploring recording technologies and arrived at his unique approach of concocting otherwise impossible musical performances. The resulting compositions of hundreds of digitally recorded instrumental and vocal performances (up to 500 tracks) create a new, virtual orchestra. Regarding his masterfully complex assemblages, the Village Voice stated, “Dolden’s apocalyptic hypermodernism so transcends what the 20th century had in mind that it opens up a whole new realm.” In a major profile of the composer, The Wire wrote, “Using studio electricity to jolt music way beyond the realms of musicianly possibility, Canadian composer Paul Dolden’s lush, bizarre concrete recordings have finally come of age in the speed-soaked digital era.” A winner of over 20 international awards, he has written over 30 commissioned works for orchestra, virtuoso soloists, and pure electroacoustic music. Dolden’s 2-CD set “L’Ivresse de la Vitesse” (Intoxicated by Speed) from empreintes DIGITALes, widely regarded as a landmark recording, was selected by The Wire as “one of the top 100 recordings of the 20th century.”