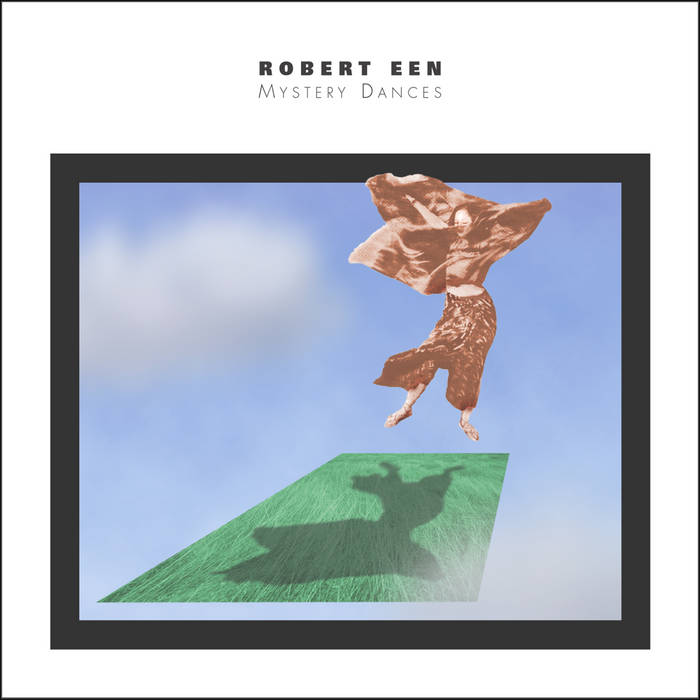 “Wow! What a stew you’ve made here in this new CD. It smells and tastes delicious.”
– Liane Hansen, Weekend Edition, NPR

The infectious accessibility of Een's music has been noted by leading critics. Writing in the Village Voice, Kyle Gann comments that this "joyous roller coaster of postminimal-jazz energy could engage any audience." His music for dance has been praised by Jack Anderson in the New York Times and by Deborah Jowitt in the Village Voice, who wrote that Een's "lively, raucous and sweet music... is a marvel and full of variety."

The music on this CD reflects influences from such diverse events and sources as the fall of the Berlin Wall, traditional Japanese court music, subterranean Roman baths in England, and a walking journey in Tibet.

In the CD’s Introduction, Meredith Monk remarks that "Mystery Dances is like a musical caravan drawing upon traditions from Asia, the Middle East, Europe, and the United States. The music is energetic, filled with contrasting moods of humor and poignancy." She concludes that the CD is “an exhilarating listening experience.”

Een offers these brief comments about the music on the CD:

“Gagaku Splash is my interpretation of the traditional court music of Japan, here arranged for cellos and percussion. Dirge for Julius is dedicated to my friend and teacher, Julius Eastman. He passed away in 1989, but his inspiration and spirit live on.

“Breaching the Wall celebrates the fall of the Berlin Wall. Having visited East and West Berlin in the 1980s, I personally witnessed the arbitrary but devastating nature of that division.

“The remaining works, described below, originated when Terry Creach and Steve Koester approached me about composing an evening-length piece of music for their company of ten men. I wanted to write something that was at once both interesting for an audience to listen to and at the same time energizing for the dancers.

“Breakdown Eleven is a swirling piece in multiple time signatures. Riding Herd is about the energy of ten male dancers on stage.

“Premonition and Death of a Dog are paired together. Premonition imitates the heartbeat of expectancy, while Death of a Dog explores the feeling of fatigue and atrophy that accompanies the aging process not without a touch of humor.

“Mystery Two-Step is about the mysterious nature of the creative process. It is dedicated to my dear friend and colleague, Meredith Monk, to whom I am deeply indebted. Roman Bath was inspired by visiting the subterranean Roman baths of Bath, England.

“The Long Journey evokes the mood of a journey I made on foot around Lhasa, Tibet, and serves as a metaphor for life. The mundane and daily chores are interrupted by glimpses of the eternal and transcendent.”

“The music is highly rhythmic, driven by catchy grooves, often with a Middle-Eastern feel. It is fluent, at times quirky, and often seductive.”
– Fanfare

“What Hendrix did for the guitar, freeing it from its previous role and expectations, Robert Een does for the cello.”
– San Francisco Chronicle

Robert Een, composer for film, theater, dance, and the concert stage, is the recipient of an Obie Award for music composition and two New York Dance and Performance “Bessie” Awards for music composition and sustained achievement. He has performed his music on stages and in unusual venues throughout the world, including the Buddhist caves of Ellora, India; the Shinto shrine in Tsurugi, Japan; a theater above the Arctic circle in Norway; as well as Roulette, Lincoln Center, Whitney Museum, and the Knitting Factory in New York City. Een’s long association with Meredith Monk culminated in their evening-length performance duet, Facing North.