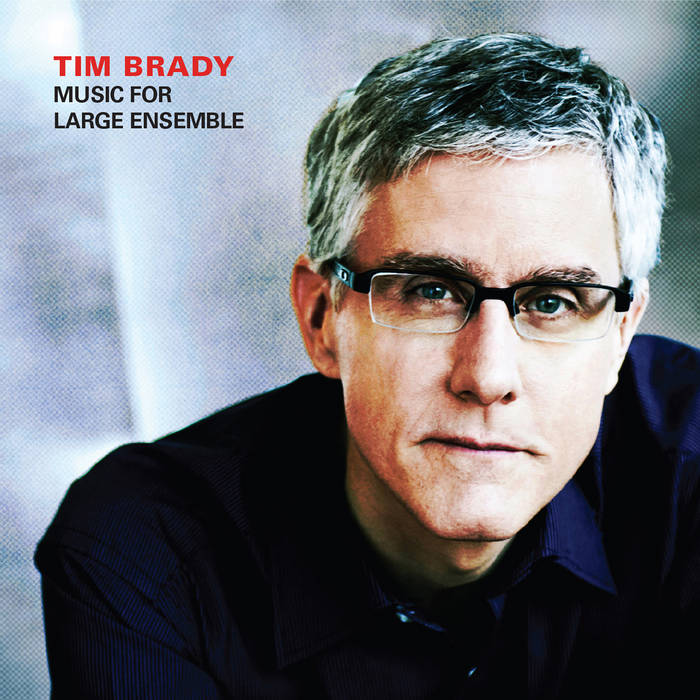 “As a composer, Brady is entirely of his time, which is to say, eclectically rooted in the full range of modern styles, from neo-Romanticism to experimentalism and Minimalism [as well as] art-rock.”
– Allan Kozinn

This CD presents the premiere recordings of two major works from electric guitarist Tim Brady. Known for both his dynamic, engaging compositions as well as his highly developed electric guitar virtuosity, Brady is “extraordinarily talented [and] has a distinctive musical language” (Fanfare). His “work is deeply emotive, grounded and elegant” (I Care If You Listen).

As a guitarist, Brady has been described as “the leading proponent of gaining acceptance of the electric guitar in new music” (Downbeat), “technically staggering” (All About Jazz), and “a true mad scientist of guitar sound, placed on Earth, it seems, to smash the barriers between high and low culture” (Hour Weekly).

The highly energetic, 26-minute “Désir: concerto for electric guitar and large chamber ensemble” (2016-2017) is Brady’s third such work, which he describes as “a marriage of the power and personality of the electric guitar with the subtlety and flexibility of top-flight classical performers.” The composition was commissioned by and premiered at The Festival International de Musique Actuelle de Victoriaville.

Allan Kozinn comments that Désir “begins and ends with movements etched in hard-driven, sizzlingly fleet guitar playing, rumbling basses, and swirling textures. In both movements, the interplay between the guitar and the ensemble is lively and compelling.”

The CD also premieres the intensely harrowing, yet poignant, 38-minute “Eight Songs about: Symphony #7” (2016-2017), in which Brady focuses on the Leningrad premiere of Dmitri Shostakovich’s Symphony No. 7 on August 9th, 1942. The Leningrad performance took place in the middle of a 900-day siege of the city by the German Army, under the most horrific conditions of war, death, and privation. The soprano and baritone singers in Brady’s work portray various characters connected to this historic performance and Leningrad, including: Josef Stalin; Nina Varzar, wife of Shostakovich; a German soldier in the trenches; a prostitute; performers in the orchestra; and conductor Karl Eliasberg.

Avant Music News wrote that Eight Songs “was dramatic and compelling, the orchestra and soloists succeeding in shining an artistic light on a period of great darkness, with stunning impact.” Kozinn comments Eight Songs is “a fascinating, fresh approach to a work about war, and Brady and [lyricist] Smith bring it off with remarkable incisiveness and concision.”

Tim Brady (b. 1956) defies categorization – an electric guitar virtuoso who writes operas, plays concertos, and feels as comfortable with a laptop electronic improvisation as with a string quartet. Using the guitar as orchestra, he produces music which is a highly personal synthesis of contemporary classical, jazz, rock, and electronics. For the past thirty years Brady has toured the world, both as a soloist and with his group Bradyworks. His CD “Atacama: Symphony #3” was named Création de l’année for 2012 at the Prix Opus in Québec and it was nominated for a JUNO Award in 2014. Brady’s chamber and orchestral works are often influenced by strong jazz and rock rhythms, combined with a subtle sense of harmony and texture, and a flair for dramatic forms and structures. Four operas, eight symphonies, over twenty CDs, and dozens of international tours later, his music continues to engage listeners around the world.